Charles Cobb made his fortune in lumber, starting off as a humble lumberjack in his home state of Maine and later Washington.  Prior to his retirement he served as president of International Lumber Company. In 1916, he and his wife Carrie purchased a substantial part of Las Flores ranch and built their dream home in the shadow of Echo Mountain.

Carrie passed away in 1935 and Charles in 1939. He willed the property to Pasadena’s Scottish Rite Temple on the southeast corner of El Molino and Walnut where he was a member for many years. 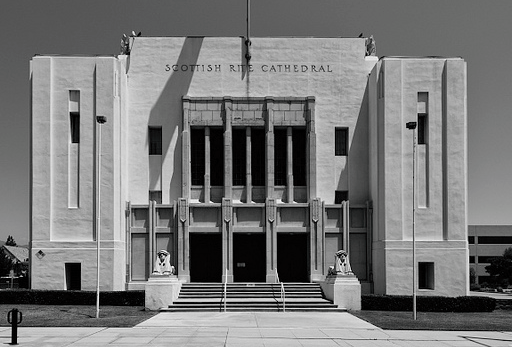 Two years later the property was sold and then passed hands several time. Finally in the late 1950s the house was torn down due to neglect and vandalism.  The photo below of the north facade of the house is one of very few pictures that exist. 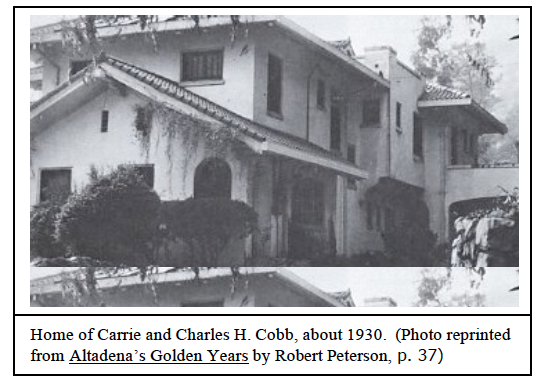 However, AHS recently discovered this very rare photo (below) of the south facade of the house which was published in the Pasadena Star News preceding demolition. 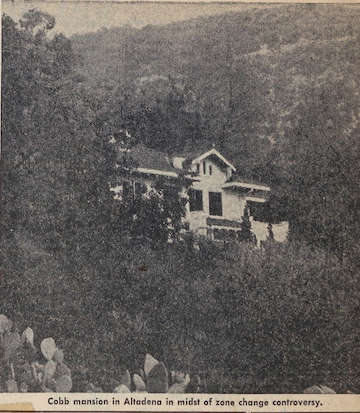 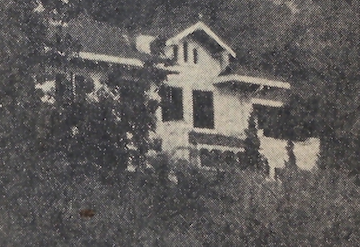 When Cobb built the house, he installed central air conditioning. Southern California Edison noted some of the home’s interior in a brochure promoting the novel invention.   To see those photos, go to the Huntington Library photo collection.

Cobb’s estate, at the top of Lake Avenue, is now a park managed by the U. S. Forest Service.  And as far as AHS knows, contrary to popular belief, there are no ghosts haunting the property.