La Pintoresca (The Painter Hotel), built and managed by Altadena’s Painter family occupied the northeast  corner of North Fair Oaks and Washington in what we might call historic Altadena.  (The hotel was built before Pasadena annexed the area.)  The Painters were close friends with the Gambles and the hotel, like the Gamble House, was very up-to-date for its time.

The hotel offered sweeping views of the snow capped San Gabriel range and was popular with tourists and well-heeled Pasadenans.

Sid Galley wrote in an article for the Pasadena Star-News:

“At an elevation of around 1,000 feet and in an era when trees were lacking, there must have been a splendid view from the [hotel’s] veranda.

The Pasadena Star reported on January 15, 1912: “With the exception of the north wing at the west end of the building, containing the kitchen, dining room and servants’ quarters, Hotel Pasadena, formerly known as La Pintoresca, located at the corner of Washington Street and Fair Oaks Avenue, was completely destroyed by fire that started at 10:45 o’clock last night. The guests escaped without injury.”

Defective wiring was suspected as the cause of the fire but it started above the room of guest E. Tallman who had just left to catch a train and might have discarded a match when lighting a cigar.

The fire department arrived soon and fought the fire for several hours. Bellboys ran through the halls alerting guests who grabbed jewelry and other possessions as they left. The jewelry of a few guests was lost in the fire.

In an editorial, the Star wrote: “Destruction of property by fire is always particularly regrettable. But the burning of Hotel Pasadena, better known as La Pintoresca, is especially to be deplored, because of the aroma of early-day romance that clung to this landmark. Before it was La Pintoresca, it was known as the Painter Hotel, from the Messrs Painter who built it in 1888 and owned and conducted it until a few years ago. In the early youth of the city many a delightful banquet and social function was held within its walls. Perhaps no structure in Pasadena had more romantic memories and associations attached to it. “That there was no loss of life is cause for thankfulness.”

The hotel contained antique furniture brought to the hotel by “Hetty” Green, said to be the richest woman in the world, who was an investor in the hotel. One valuable chair that was saved had been made for Francis Scott Key of Star Spangled Banner fame.” 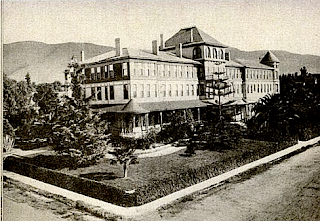 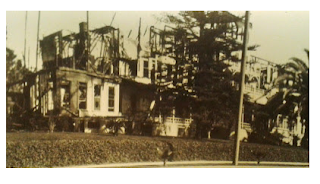 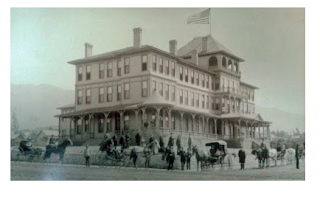 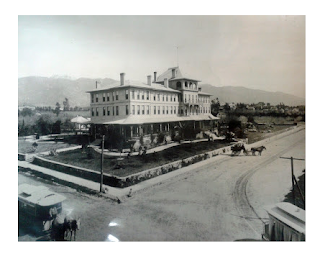 Today the lovely La Pintoresca Branch Library, built in 1930 and named after the hotel, is situated on a small piece of the original property.