The large estate at 508 Mendocino St. in Altadena has seen better days, but its future looks promising. 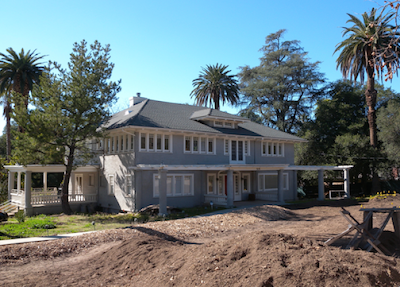 The house served as Escalon School beginning in 1977 when owner Luella Huggins deeded the property to the school. According to an L.A. Times article, the school enrolled students with emotional disabilities. But in June 23, 1994 after several years of scraping by on a dwindling budget, it closed.

In 1997 the Altadena Town Council voted against Head Start’s attempt to expand the facility and quadruple class size in the wake of complaints from residents in surrounding historic neighborhoods. (L. A. Times, Dec. 18, 1997)

Things are looking up now.  Waldorf School purchased the facility and will open a high school campus there soon.  Stay tuned for more information as it unfolds.