We were pleased to find in our collection this photograph of The Larry Harmon Studio, 2605 N. Lake Avenue, taken by Larry Harmon, who by the way was not the same Larry Harmon who played Bozo the Clown. 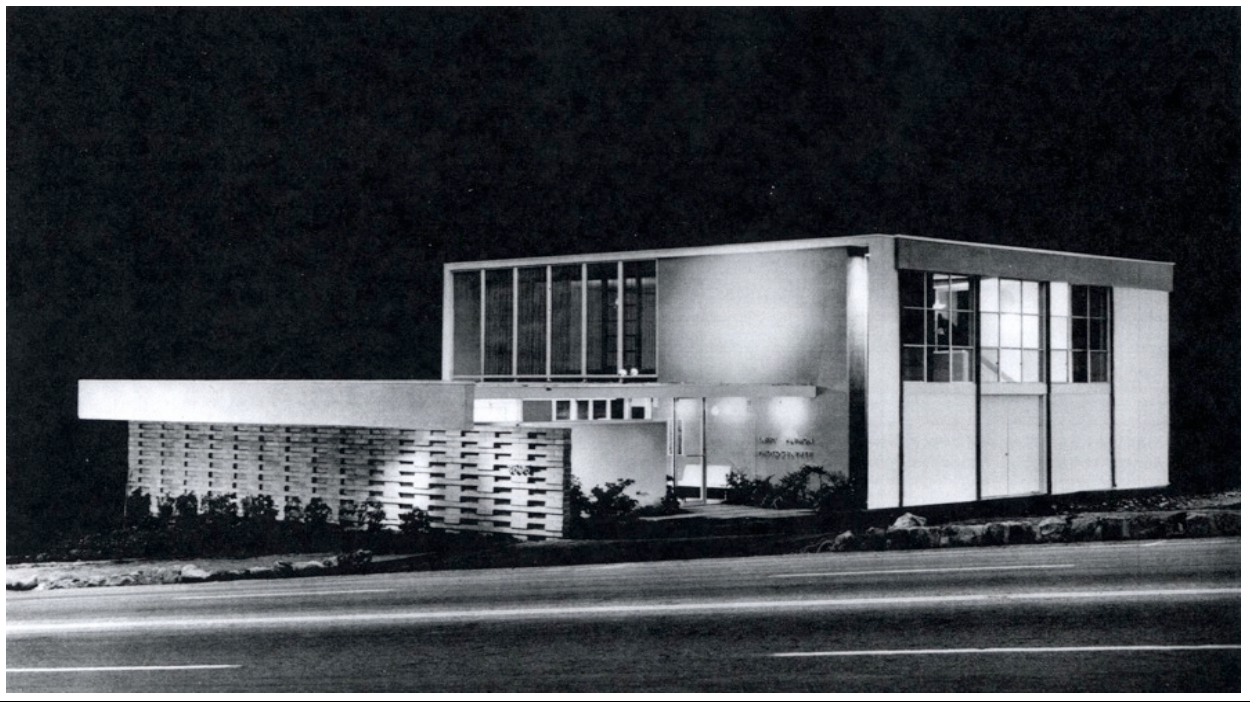 The commercial photographer opened the studio in 1959. The building replaced the Amos Dance Studio at the northwest corner of Lake and Altadena Drive.

After a successful career spanning almost three decades, Harmon sold the property. Following further sales, the site ended up as the future location for a McDonald’s restaurant. The community protested and McDonalds later built at the corner of Lincoln and Woodbury.

Until 2010 the building belonged to commercial photographer Brian Goodman who revitalized the 6000 square foot facility and turned it into a photo/design studio.