Altadena Green: The True Story of How She Got Her Name 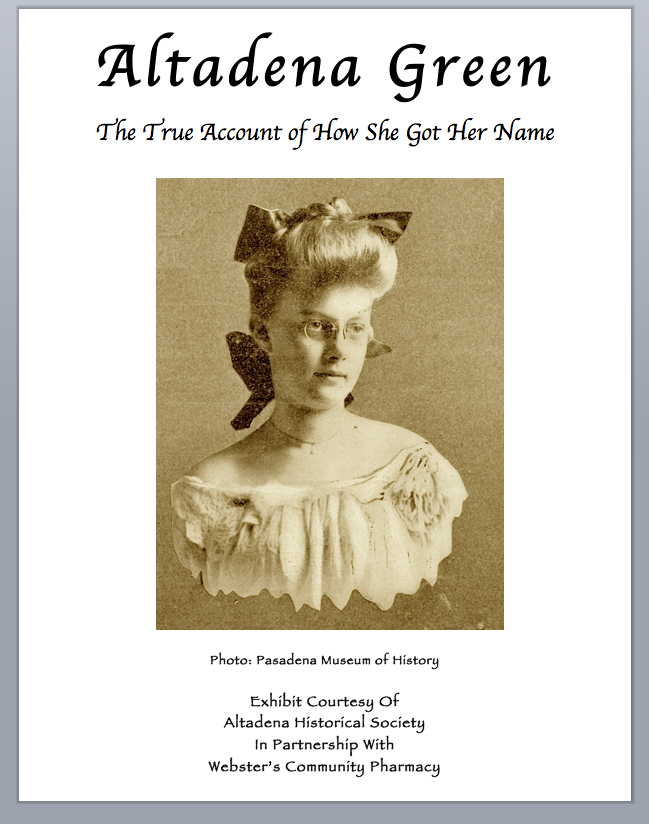 Celebrating Webster’s Community Pharmacy’s 87th year serving our town, AHS is proud to feature rotating exhibits telling stories of local history and the people who shaped it. Our new exhibit, Altadena Green: The True Story of How She Got Her Name will be at Webster’s April through August, 2014.
Altadena Green was the fifth and last child of Angie Brown Green and Col. George Gill Green. Born in 1889, the same year the family moved into their new home on Altadena’s Mariposa St., she was 18 years younger than her oldest sibling. Although many people think the community was named after her, in fact she was named after Altadena.
April 11 is Webster’s Community Pharmacy’s first Food Truck Friday event of the season.  Come enjoy food, friends, and stop in to see the exhibit.
Tags:Exhibit